The past several days the focus has been on putting up more vegetables for the winter. The two previous days were spent roasting tomatoes and other goodies down to a sauce and bagging them up in the freezer. DH and I love "caponata" so today I roasted a couple trays of tomatoes with all the tasty goodies again but also the addition of cubed eggplant and capers, yum! I've been using fresh herbs from the garden as well and have to say these roasted sauces are incredible. DH and I sat and gobbled up the sauce with ritz crackers it was so good. 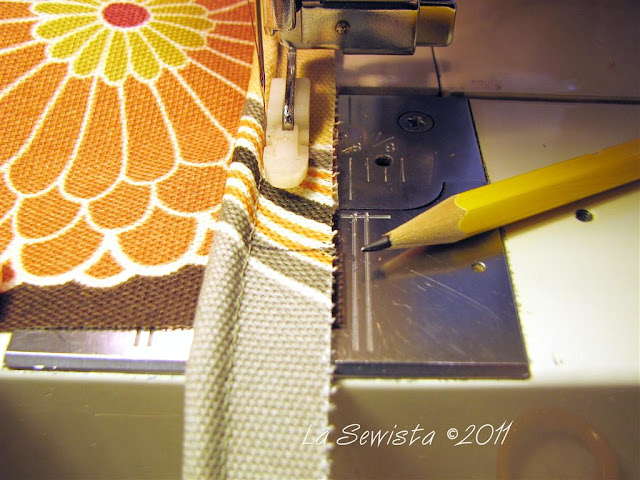 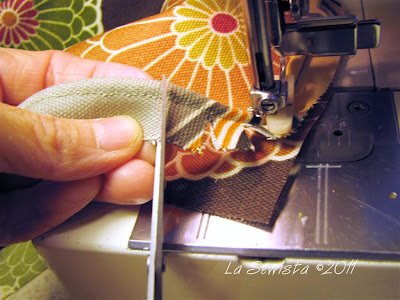 That pencil line is then snipped to within 2 threads of its meager life. Once that one is snipped do two more snips, one  a half inch to the left and the other a half inch to the right of the first snip. It helps to have your needle down. Now, line your edges up and stitch around the corner. I don't do a sharp 45º corner, instead opting for a slight curve around the welting. It just sort of naturally happens so don't over think this too much. One inch past the corner dial back up to your normal stitch length which by the way, is longer for slipcovers than garments. I am sewing most of this at a recommended 9 stitches per inch. I dial the corners down to about 12-14 stitches per inch.

The next issue with welting is how to start/ finish the ends of the strip. You should start putting on the welting at the back of the cushion. Start sewing at least one inch from the actual end of the welt. Sew the welt on all around the cushion and one  inch short of the end stop, needle down, foot up. On the ending welt open up the welting and undo the stitching to reveal the cord. Cut the cord only so that it matches right up with the cord of the starting welt. Take the fabric of the ending welt and fold it under 3/8ths of an inch. Slip this under the starting welt so the two inside cords are butting heads with each other. Fold over and stitch the welt down using a smaller stitch and some back stitches. It should look like this: 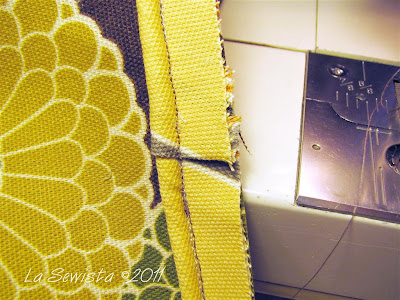 I have purchased zipper coil and pulls and will be making the two very long zips needed for the cushions. I purchased shorter zips which will work for the bolsters fine as they are so thin. So that is the next part of the process.

Cissie, aka "Design Dreamer", asked if I could show the "ski type" zipper foot. You can see it in the pics. It has a screw in the back so the foot can be moved to any place you would like left or right of the needle. It is wonderful for zippers and welting and why new machines don't automatically come with one of these anymore, who knows!

Tomorrow I will be roasting and skinning peppers for preserving in a brine, at least I think I will use that method. We have quite a few peppers but I may supplement with some from our Amish neighbors. Their produce is all organic and so big and beautiful its amazing. I will leave you with a shot of one of the trays of roasted caponata: 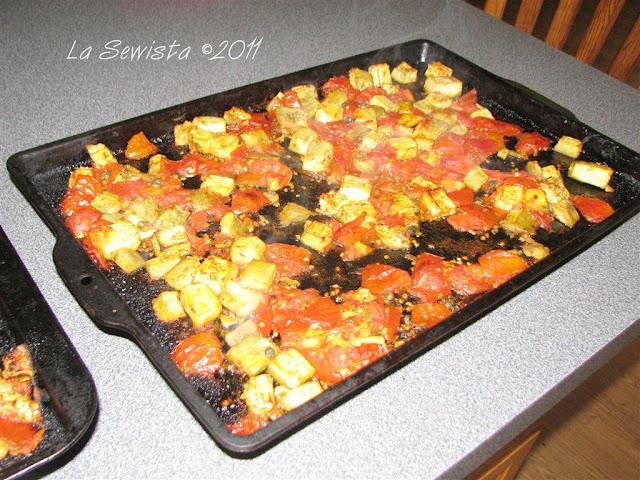 I really enjoyed making these little hats. I keep a Pinterest board specifically for hats and these banded cloches/toques (?) have been ca... 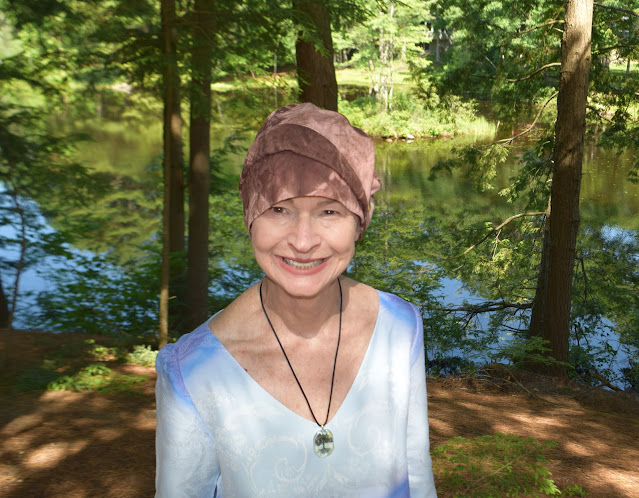